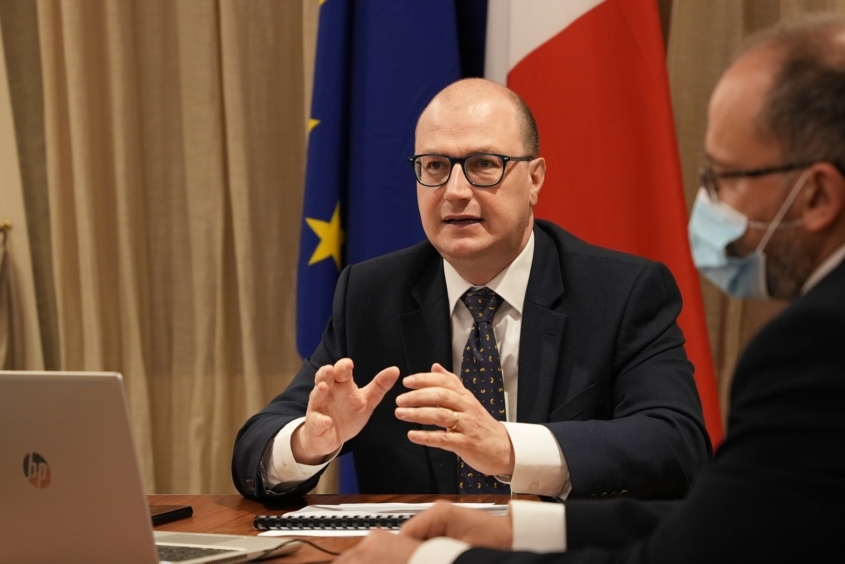 On many levels the State of the Union address delivered by the President of the European Commission, Ursula Von der Leyen, was invigorating. First because on a European level she conveyed a sense of optimism for the future which wasn’t only symbolic. Secondly because Von der Leyen took the time to explicitly praise the reforms delivered in Malta’s justice system and which raised the democratic credentials and the stature of the Rule of Law in Malta.

The latter is no small feat in a European context whereby democratic values and the Rule of Law, as expounded in the State of the Union address, do play and will play an increasingly central role in the operation of the Union as it looks to tie them closely to the roll out of Cohesion and the rest of the European Funds – a development which the vast majority of the Maltese would welcome as shown by a recent poll.

It is stimulating therefore, to note that the efforts employed by the State of Malta are acknowledged on the international spectrum as they earn us a good repute.

It is equally stimulating to note that notwithstanding its size, with 90% of our population fully vaccinated our country contributed to a successful European roll out of the vaccine to fight the health crisis, which means that 72% of European population is now vaccinated. Moreoever, with hundreds of millions of doses in hand, Europe will prove its global leadership role in practice and ensure that vaccines reach every corner of the world.

In this light the Commission President underlined unity and collegiality as the cornerstones of Europe’s response. The message was clear: “When we act together we get better results in less time.” This chimes with the Maltese continued emphasis in European institutions on concerted efforts over unilateral action.

The Next Generation EU is a fundamental instrument that will fuel this sense of optimism for the future. It will be the driving force behind the necessary reforms in many a member state and it will enable the acceleration of a green economy and industry and the digital transformation. Such transitions are so crucial to our subsistence, sustainability and competitiveness. In a digital world they are also becoming deeply connected to our ability to generate decent employment opportunities for those who form part  of the present workforce and those who will join it shortly. We are bound to make sure we will bring about opportunities which guarantee acceptable income, but also a positive, sustainable and a good quality of life.

Better general economic and social conditions cannot be kept entirely distinct from a discussion on migration which emerged as an important theme in the Commission President’s address. Legal migration pathways to able, skilled or unskilled workers, are essential to sustain the the needs and the goals of an ageing European population, Malta included.

Von der Leyen pronounced the EU’s alarm on Climate Change and how the Union led the globe in turning Climate aims into legal commitments. Malta is in step in this climate action as we are actively pursuing our aim of becoming a climate neutral State, following the ideal by planning to channel the lion’s share of resources emanating from the Recovery and Resilience Facility to decarbonise and electrify transport, promoting alternative modes of transport, retrofitting private and public buildings, supporting clean energy initiatives and accelerating our development of a circular economy. Our plan was this week, not only approved by the European Commission but also lauded as one of the greenest of all European plans, by Von der Leyen herself, during her first official visit to Malta.

The State of the Union address by the President of the European Commission was a timely reminder that the Union as a bloc has what it takes to withstand adversity and not only survive but adopt a decisive global leadership role. It was also a timely sign for our country that the course we are onto is positive and our efforts are promising and convincing.

Budget b’ruħ soċjali u ambjentali b’sostenn ta’ Fondi Ewropej
Scroll to top
We use cookies on our website to give you the most relevant experience by remembering your preferences and repeat visits. By clicking “Accept All”, you consent to the use of ALL the cookies. However, you may visit "Cookie Settings" to provide a controlled consent.
Cookie SettingsAccept All
Manage consent